Open Alternate Tunings You Should Try 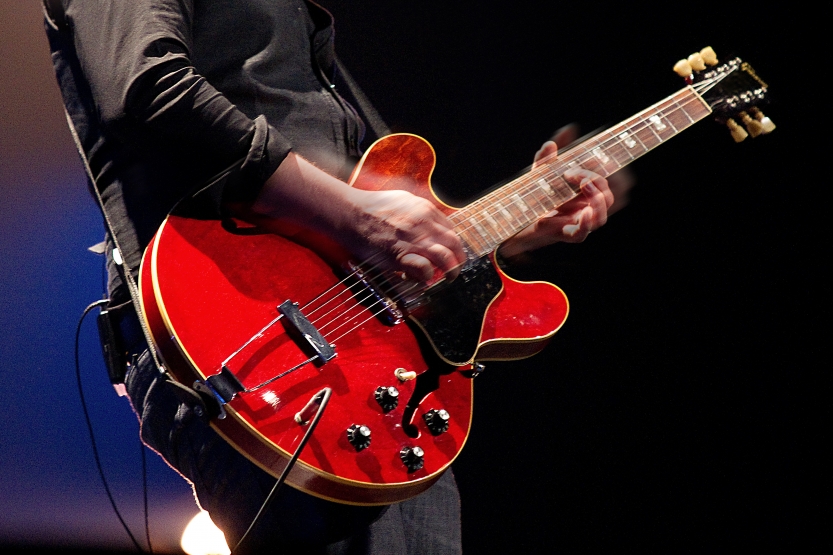 Musicians and creatives in general, are known to be open-minded. So open-minded, some would say, that their brains fall out.

Many non-guitarists would say that their guitarists are the most open-minded members of their band.

They would be wrong. Guitarists are actually super smart. They’re just different.

Guitarists fortunate enough to own a Roadie tuner, will already have various alternate tunings programmed in it, and can easily create custom tunings.

WARNING: This article features a lot of Rolling Stones.

This alternate tuning has a wide range of uses. If you are a blues fan, you may know that everyone from Robert Johnson to Skip James to R. L. Burnside have used it to shape the sound of the South.

If old-school blues is not your jam, and you like a bit more rock in your blues, listen to some songs by ZZ Top, Eric Clapton and Led Zeppelin – they’ve incorporated Open G into several of them.

Perhaps most famously, Keith Richards from the Rolling Stones used Open G for some of their most famous songs, including “Honky Tonk Women”, “Brown Sugar”, “Tumbling Dice” and “Start Me Up”.

If you are in to more alternative instruments, like Russian guitars, Dobro guitars and banjos, them the Open G tuning will also come in very handy.

Check out the video below for some tips on how to tune your guitar in Open G:

Another popular choice for alternate tuning among the Delta blues guitarists is the Open D tuning, especially for those playing slide guitar.

Open D has a history that stretches a bit further back, however. Back in the 19th century, Henry Worrall created his famous piece “Sebastopol”.

This led the Open D tuning to be called Sebastopol tuning, until people forgot about Henry Worrall. Hence the shoutout.

Of course, the Rolling Stones also used Open D, because Keith Richards is cool like that. Check out their song “You Got The Silver” to hear what that sounds like.

Check out the video below to unlock the secrets of Henry Worrall (and “Keef”):

If you use the Open C alternate tuning, the open-string notes will form a (wait for it) C major chord.

Not only does this make it an ideal tuning for playing every pop song ever, but you’ll also be able to play “Betterman” by John Butler Trio.

If you are fortunate enough to own an acoustic 12-string guitar (like a Gibson Deluxe Studio), the Open C alternate tuning is definitely something you should add to your bucket list.

“Little Lion Man” by Mumford & Sons is a great modern example of a song using the Open C tuning.

Check this video out and learn how you can get the beautiful shimmering tone of the alternate tuning of Open C:

Let’s take it higher. Not physically, but still literally. The Open A tuning is much higher than other alternate tunings in the Open division.

To get a picture (or soundscape, rather) of what the alternate tuning of Open A sounds like, check out “In My Time of Dying” by Led Zeppelin.

One thing to note about this alternate tuning is that it is not gentle on acoustic guitars, or other hollow body instruments.

When using these instruments, be careful not to leave them in this alternate tuning for too long, or they will develop tension cracks. While you’re here, you might want to check out our new & improved Complete Guide to Guitar Tuning as well.