It was written by James Taylor as a way to cope with the suicide of a childhood friend, as well as to express his struggles with fame and drug addiction. It was a single from Taylor’s second album, Sweet Baby James. This song also put James Taylor on the map as a rising singer-songwriter with massive potential. Here’s how to play “Fire and Rain” on the guitar.

“Fire and Rain” harmony and chords

Although “Fire and Rain” may be quite a challenge for beginners, it is a relatively simple song. James Taylor recorded and still performs it with a capo placed at the third fret (it is always a good idea to check your tuning once you place the capo on, preferably with a good tuner). Please keep in mind that all references to chords will be from the perspective of the position of the capo. In other words, if I say “A chord”, you will actually be playing a C chord.

“Fire and Rain” is on the D major key and features the following chords: A G D Em E Bm. All of them are simple chords that any guitar player with a modicum of experience should be able to play. In other words, nothing to fret about here (pun intended). The intro is the most challenging part of this song but this can be a great opportunity to work on your finger dexterity and synchronization.

“Fire and Rain” starts with a simple yet instantly recognizable introduction. Place the middle finger of your left hand on the third string on the 7th fret. To start the song, pluck your open A string and then slide your middle finger from the 7th to the 9th fret. After the slide is complete, you should bar the first two strings with your index finger on the 8th fret to play the first, second, and third-string in succession, creating a mini arpeggio. Then pluck your 6th string open and slide your middle finger from the 9th fret back to the 7th. You’ll keep your left hand in the same position and repeat the previous arpeggio, with your index finger now on the 6th fret. You’ll then pluck the open D string and land on a D major chord that will be completed with a hammer-on from the open high E to the F# (first string, fifth fret) with your middle finger.

The following chord is an A major, with a flickering of the third (second string, fifth fret). Then you’ll create a suspended A chord with a hammer-on that comes back to the A major with another flickering of the third of the chord and several hits of the open A string along with the note E (fourth string, second fret). Then it goes to an E chord starting with the open E and open B strings, and then with the flickering of the D string (with an E note) to then land on a G chord with the major seventh played with the second finger and an added D note on the 6th fret second string. This last G chord will feature an arpeggio on the upper strings accompanied by the bass note played six consecutive times.

A note on James Taylor’s playing

James Taylor has an unorthodox chord playing style. He often plays simple chords like an open A and open D completely differently. This has a considerable impact on his ornamentations. So, please keep in mind that normal fingerings might not be the best choice for this song.

The intro is a solid way to play the verse of “Fire and Rain”. The dirty little secret is that James Taylor himself plays this song differently from the way he recorded it. The differences are minor, but the “right” way to play this song will depend on whatever mood Mr. Taylor is on that particular performance. He can take away a few hammer-ons, add a few more notes, change the picking pattern, etc. So, learning the intro and then playing around with it is probably the best way to play Fire and Rain.

The chorus is composed of the second half of the intro combined with a D chord that features a descending bass line of D, C#, B, that ends on an A chord. This is followed by a G chord like the one from the intro, followed by a D chord with the bass on F#, an E min 7th chord and then an A major 9th (from the A string down, place your middle finger on the 4th string, second fret, with all the other strings open).

As stated earlier, “Fire and Rain” might not be the best song choice for those starting to learn guitar. It does require some experience and basic guitar knowledge. Now, if you’re sitting there thinking this is way too easy (and it may as well be, especially if your last name is Clapton), check out these two challenging songs. Share your thoughts in the comment section!

These four interesting facts about sting give us some insight into the life of this celebrated musician. END_OF_DOCUMENT_TOKEN_TO_BE_REPLACED

Have you ever wondered what are the 5 most used types of guitars? END_OF_DOCUMENT_TOKEN_TO_BE_REPLACED 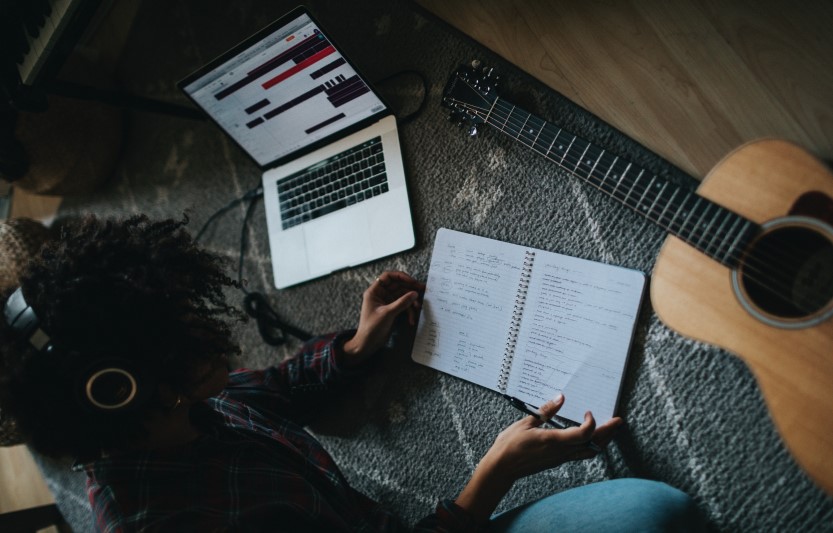 These 4 tips for writing a song on guitar will help you kickstart your creativity. END_OF_DOCUMENT_TOKEN_TO_BE_REPLACED

These five interesting facts about Van Halen partly reveal a musician that was quite extraordinary. END_OF_DOCUMENT_TOKEN_TO_BE_REPLACED

The voice of Hawaii, Israel Kamakawiwo’ole, blessed us with his cover mashup of Somewhere Over the Rainbow and What A Wonderful World. END_OF_DOCUMENT_TOKEN_TO_BE_REPLACED 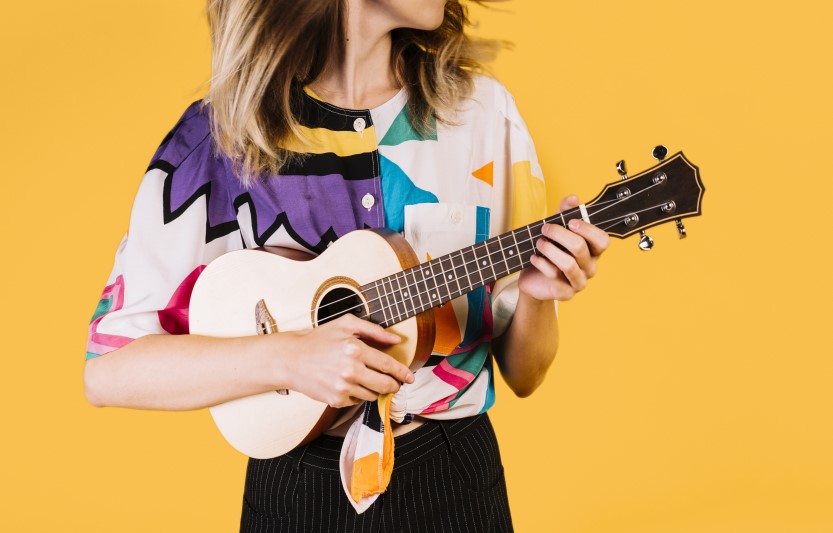 Today we’re going to learn how to play Shape of You by Ed Sheeran on ukulele. This song was written by the British superstar alongside Steve Mac and Johnny McDaid. END_OF_DOCUMENT_TOKEN_TO_BE_REPLACED

These five facts about jazz guitar legend Pat Metheny are quite impressive. They will shed some light on how a guitar prodigy from a small town in Missouri became the most successful and beloved jazz musician of his generation. END_OF_DOCUMENT_TOKEN_TO_BE_REPLACED

You know the saying: “Give people their flowers while they can smell them” so, in this post, we’re going to look through some of the greatest jazz guitarists playing today… END_OF_DOCUMENT_TOKEN_TO_BE_REPLACED 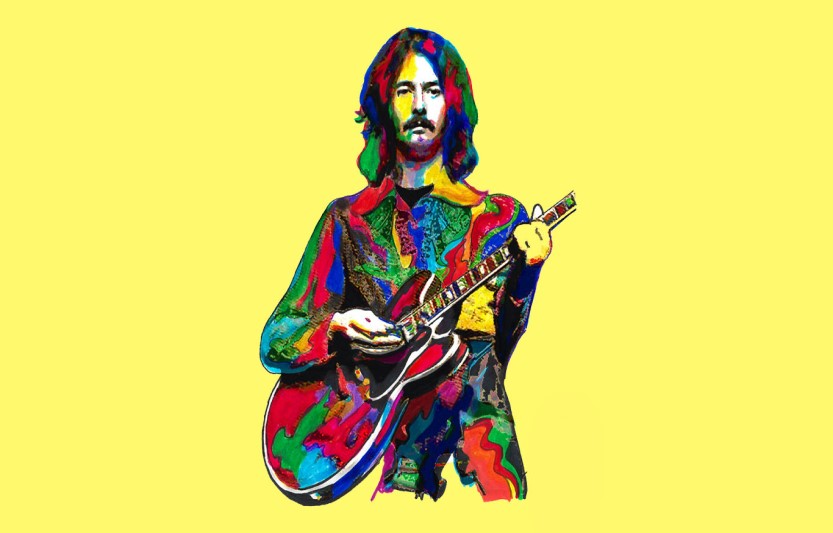 Today we’re going to learn how to play Layla by Eric Clapton on ukulele. This song was written by the legendary guitarist along with drummer Jim Gordon. END_OF_DOCUMENT_TOKEN_TO_BE_REPLACED 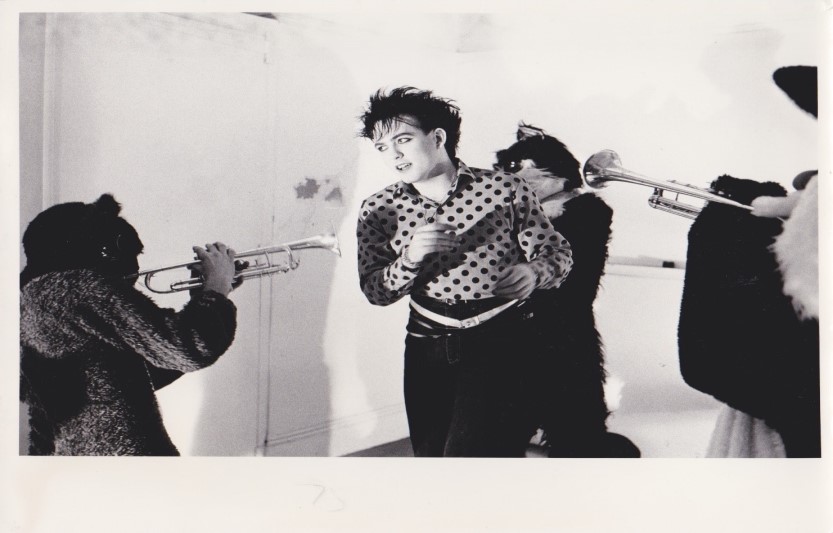 Today we’re going to learn how to play Lovesong by The Cure on ukulele. “Lovesong” is the biggest hit by this British band and has been covered by other high profile artists. END_OF_DOCUMENT_TOKEN_TO_BE_REPLACED

Today we’re going to learn how to play One by U2 on Guitar. “One” was released as the third single from U2’s seventh album entitled Achtung Baby. END_OF_DOCUMENT_TOKEN_TO_BE_REPLACED

These 5 popular alternate tunings for guitar can open a universe of possibilities. By using them, you are essentially changing the nature of the instrument but without having to buy a new guitar. END_OF_DOCUMENT_TOKEN_TO_BE_REPLACED 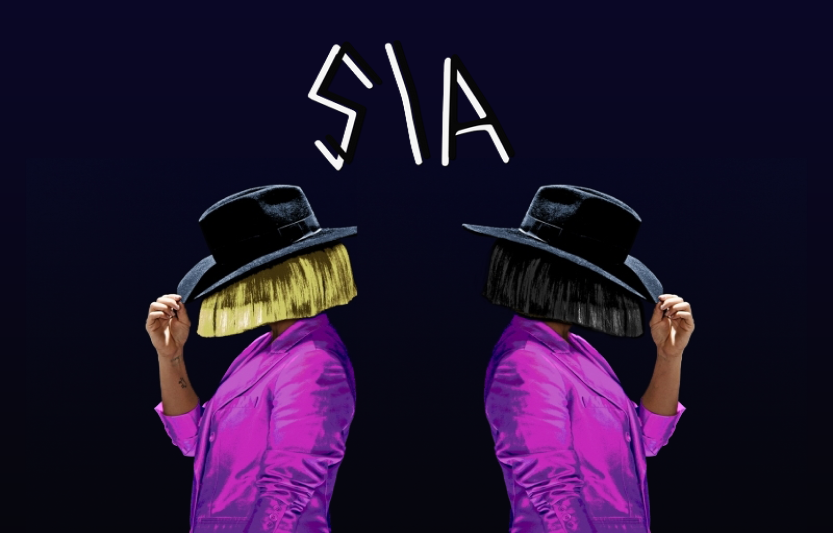 Today we’re going to learn how to play Chandelier by Sia on Ukulele. This song was a massive hit that was included in Sia’s 2014 album entitled 1000 Forms of Fear. END_OF_DOCUMENT_TOKEN_TO_BE_REPLACED

The 6 famous songs that use dominant 7th chords have a special quality to them. A big chunk of that particular flavor is thanks to the use of dominant chords. END_OF_DOCUMENT_TOKEN_TO_BE_REPLACED 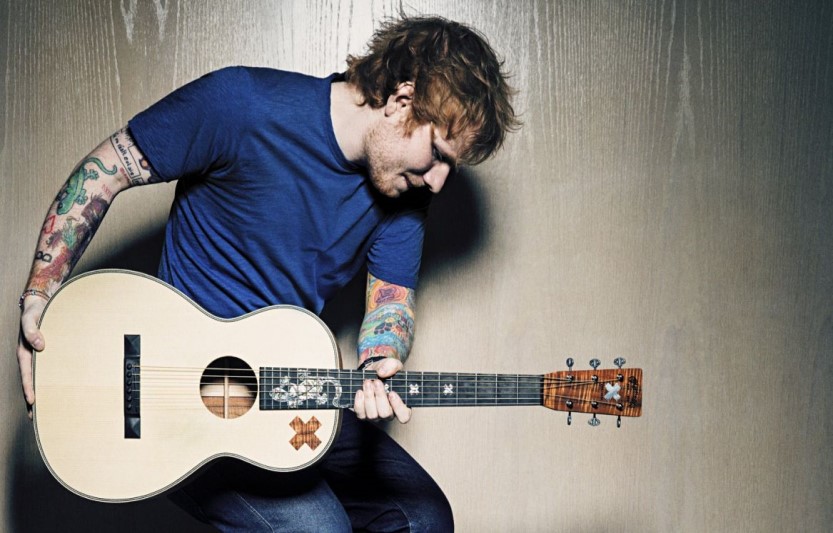 Today we’re going to learn how to play I See Fire by Ed Sheeran on guitar. This song was commissioned for the film The Hobbit: The Desolation of Smaug, and placed in the closing credits. END_OF_DOCUMENT_TOKEN_TO_BE_REPLACED

These 5 facts about Guns N’ Roses can help us understand why they became one of the biggest rock bands ever. END_OF_DOCUMENT_TOKEN_TO_BE_REPLACED