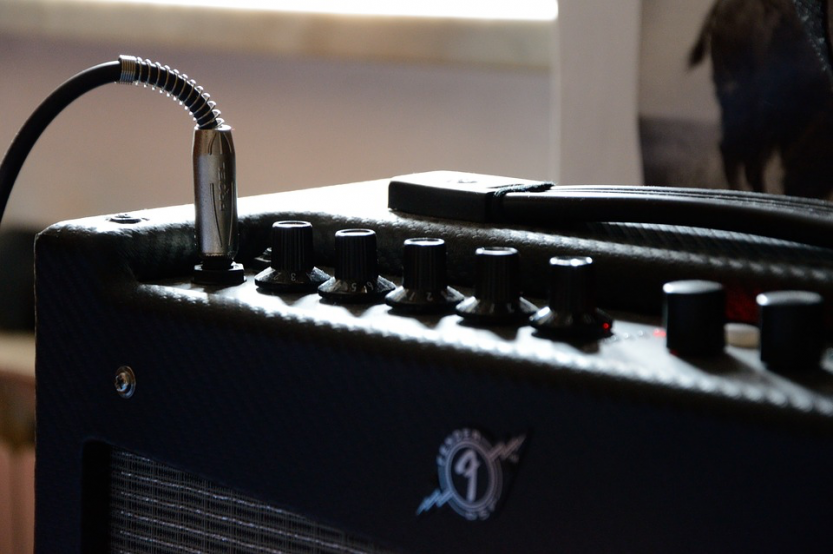 Do you even need an amp? If you’re a home studio producer like me, then buying an electric guitar amp might not even be necessary. Just plug into the DAW of your choice and add some plugins. But an electric guitar without an amp is less than impressive in a live setting. (To check out the best amps for acoustic guitar, read this previous blog post)

To find out what you need in terms of amplifying power, start with the end goal. Are you just looking for something to practice with at home? Are you planning on taking over the streets as a busker? Are you looking for a real amp to record with instead of digital amps? Will you be playing Madison Square Garden?

The best amp for playing at home

Getting yourself a mini amp will be sufficient beginners and for playing home sessions. A Marshall MS2 Micro Guitar Amp will do the job just fine and will only set you back about $50. Seeing as Keith Richards owns one, it is possible to sound like him with it.

The best amp for busking

You’ll want something portable since you’ll be performing in the streets. The Roland Micro Cube is a popular choice because it can be powered by batteries. It’s also an affordable choice, and pretty much peanuts when you think about all the money passersby will be showering you with!

The best amp for recording

Whether or not digital amps are good enough or not is an ongoing discussion I have with the guitarist in my band. Regardless where you stand on the analogue vs. digital debate, you might want an amp for recording purposes. Small amps, like the Fender Super Champ X2, tend to be a better choice than bigger amps. Small amps will allow you to crank it to 11 and still get a good recording.

The best amp for small gigs

A small amp will suffice If you’re in the bar and club circuit, but it also depends on the style of music you play and whether or not you’re with a full band. I play with a loud band in mid-size venues, and the Orange Crush 20RT has been producing an excellent result for our guitarist. If you’re a solo act or don’t play as loud as we do, then you might be better off with one of the amps mentioned earlier.

What other things should you know?

Before drinking and Priming, have a think about what else you want out of your amp. Should you have a valve or solid state amp? Do you need effects or not? Should be a combo or not?

Valve is generally seen as the better choice as they produce a better tone. This is more a matter of taste than not, as the layperson in the audience won’t likely hear the difference. Solid state amps are not a wrong choice by any means — they’re good enough for The Rolling Stones.

Effects vs. no effects

Whether or not you want effects will also help you decide between valve and solid state. Valve amps generally won’t give you more than some reverb and tremolo. Solid state amps, on the other hand, will come with a whole host of digital effects. Having the right pedals can offset the lack of effects on the valve amps.

This choice is often just down to logistics. Some find it easier to have a combo, others like the portability of a head + cab setup. My band needs a super-loud head because we don’t want to challenge any existing stereotypes about rock bands. But the choice is entirely yours.