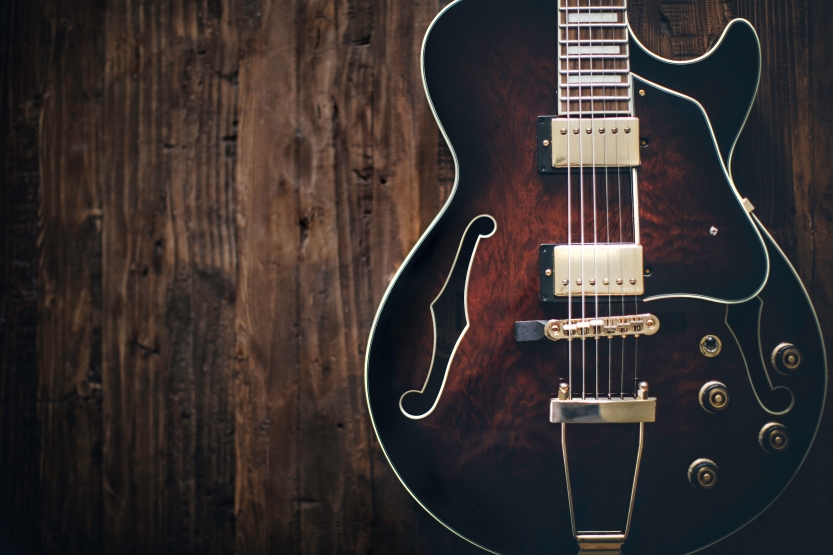 Restringing Your Electric Guitar can be a hassle. I’ve been there, you’ve been there, we’ve all been there. The live performance is going great, the crowd is loving it, and then your guitar string snaps. Quick, quick, what do you do? Ask the roadie to restring it? He doesn’t have time to come on stage before the next song, what are you thinking? You have to do it yourself, and fast! Don’t know how to?

Let’s have a look at some restringing techniques for your electric guitar so you don’t disappoint the fans. There is a lot of ground to cover, but at the end of this post, I’ll share a little tip with you that will make your life a whole lot easier.

If you’re rocking with a Les Paul or similar, you will have a 3+3 headstock. As you can see from the picture above the name makes perfect sense, unlike 4×4 cars which don’t have 16 wheels. Anyway. Step one is of course to remove the old strings. If you’re really good at snapping strings, this part will be somewhat covered already. Detune each string until it doesn’t make any sound, and remove them one by one. Safety first, kids. Since the bridge will most likely not have a pin, the strings will be going through the boy or stop bar. Pull the end of each string through over the saddles and the other end through the tuner. You want to make sure that the holes are aligned in the same direction as the string. Now, you pull the string back for around the length of one distance between your tuners and wind the strings. Sounds complicated? That’s because it is. Let’s look at some visuals to help us out below.

If you’re a real rockstar, you’ll have a 6-in-line headstock. Just kidding. If you have a Fender or Ibanez guitar, you will most likely have the kind of headstock depicted in the image above. The process for restringing this kind of guitar is not much unlike the 3+3 headstock we just covered, but there are a few things you should be aware of. Follow the process described above, until you get to the part of winding. Instead of measuring the length of one tuner, you measure the length of two. As you can see, the first string is shorter than the sixth string, so you need to compensate for than when measuring. Then there is the question of whether you have a modern or vintage style tuner. Modern guitar players will have a hole to feed the string through. Classicists (or hipsters) with vintage tuners will have a slot and a hole at the bottom where you stick the string through. Again, check the visuals below.

Let’s revisit the initial scenario. You’re on stage, and ain’t nobody got time for all that. So what do you do? You grab your Roadie 2. It has an automatic string winder, and will make your life (and your live show) much easier. Turn on the Roadie 2 and select Wind/Unwind. Visuals below.

So far so good. Now you turn the navigation wheel in the desired direction, depending on whether you want to wind or unwind the string. Finally, you choose between the three speeds for winding. For live performances, you’ll want to go for Fast. And there you have it! Now go and be great!