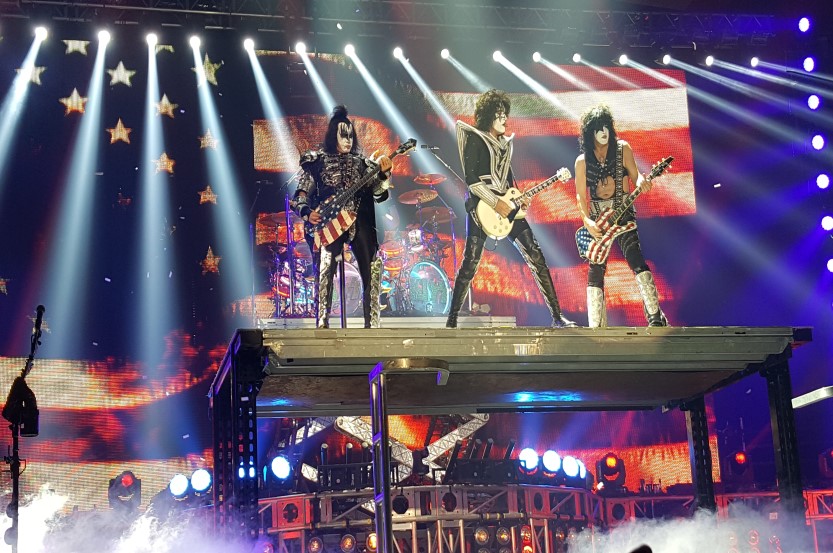 How many times have you found out someone has tickets to a concert that you’ve always wanted to go to. You go to book and find out it’s too late – you’ve missed your chance!

Here’s a list of upcoming Rock Concerts in 2020. Get to planning and don’t miss out on watching your favorite rock legends perform live!

One of America’s greatest Rock & Roll Bands has announced details of its 2020 tour. Aerosmith’s current Vegas residency runs through until June 4. Then the band starts its tour across the UK and Europe for the summer coinciding with their 50th anniversary.

One of the best selling bands of all time has released dates for their 2020 farewell tour – rightfully named ‘End Of The Road’. The world tour with 75 new dates for 2020, kicks off February 1.

The band’s last-ever show is scheduled in their hometown, New York City, on July 17, 2021.

January 14, the Foo Fighters tweeted “Holy S***!!! 25 years?!” reminding their fans that 2020 marks a major milestone for the band. Founded in 1995 by Dave Grohl following on from the death of his Nirvana bandmate Kurt Cobain the year prior. What better way to commemorate the occasion then a tour.

The Red Hot Chili Peppers were inducted into the Rock and Roll Hall of Fame in 2012 and have sold over 80 million albums worldwide since forming in Los Angeles in 1983. With such an impressive legacy, the Red Hot Chilli Peppers is one of those ‘bucket list’ concerts.

The band has announced a new North American tour and their 15th studio album, both titled “Bon Jovi 2020.” Their touring dates are short but sweet – scheduled for June & July only.

After the success of the ‘Legacy of the Beast’ tour in 2019, Iron Maiden have announced extended dates for 2020. This tour will be starting in Australia across the cooler months, ending the tour in the European summer.

We think it’s fair to say that each one of these bands has made an incredible mark on Rock culture throughout history. If we had it our way, there’s not a single one of these concerts we’d miss!

Let us know which upcoming rock concerts are your top picks for 2020 in the comments below.

These 5 facts about Guns N’ Roses can help us understand why they became one of the biggest rock bands ever. END_OF_DOCUMENT_TOKEN_TO_BE_REPLACED

These 7 facts about Jimi Hendrix partially show why he is such a massive influence on guitar players. They also reveal a very unique career that is impossible to be duplicated. END_OF_DOCUMENT_TOKEN_TO_BE_REPLACED

These 5 inspirational books for musicians can be considered modern classics. They are a fantastic resource to feed our drive and keep us inspired. END_OF_DOCUMENT_TOKEN_TO_BE_REPLACED

The 5 jazz albums every music fan should have are a collection of incredible music by incredible artists. These records marked a moment in history and continue to inspire generations of music lovers across the globe. END_OF_DOCUMENT_TOKEN_TO_BE_REPLACED