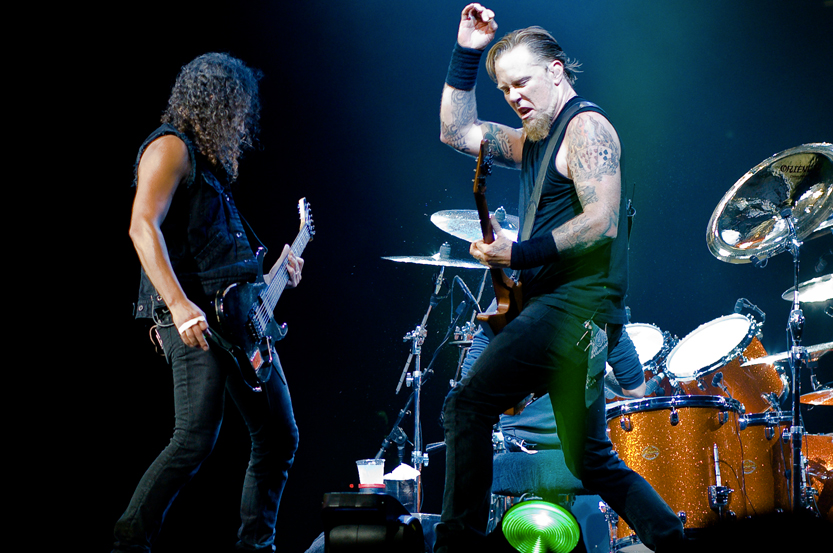 Want to learn metal guitar? Sooner or later, you’ll need to get to grips with downpicking. Downpicking is what makes the James Hetfield guitar part in Metallica’s “Master of Puppets” sound so meaty, and makes Killswitch Engage’s “Rose of Sharyn” so brutal.

As the name suggests, downpicking, or down-stroke picking, is a technique in which the guitarist moves the pick in a downward motion against one or more strings, without the addition of upstrokes (as in alternate picking). In genres like punk and thrash and speed metal, rapid speed (180bpm+) eighth-note downpicking is fairly common.

But, why would you want to remove those upstrokes – and effectively double the effort for your picking hand – when performing a rhythm part. We’ll let Revocation’s Dave Davidson (via Guitar World) answer that one for you:

“Although one could more easily perform [a song] using alternate (down-up) picking, the uniform attack created by the use of consecutive downstrokes is much more in line with what thrash metal guitar is all about—intensity.”

When mastered, downpicking can make for a seriously beastly rhythm guitar sound. But, it ain’t easy! Many guitarists have thrown in the towel when it comes to downpicking, put off by the sheer endurance it requires. But, it is possible to emulate the likes of Hetfield, Mustaine and Johnny Ramone. And today we’re going to tell you how to do it!

Fast downpicking is an endurance, and you’re not going to be able to hit those Metallica/Megadeth high speeds straight away. This is where our old friend the metronome comes in.

If you’re learning a piece like “Master of Puppets” (tab) or “Hangar 18,” (tab) start off slow – maybe at 40 or 50% of the original recording speed, and build up from there day-by-day. Only move on to a faster tempo once you’re confident performing at the slower speed.

This might seem like a hassle, but it’s worth doing for two reasons. Firstly, attempting to play at fast speeds without this kind of training will either not work, or cause you some kind of injury down the line. Secondly, starting slow and building up will make you a much more precise player. Metal downpicking is all about precision, after all – a sloppily downpicked riff kind of misses the point!

When downpicking, it’s tempting to really dig in with the pick while you’re playing. It’s a rapid-fire sound you’re striving for, after all, and that implies maximum force.

That, though, is a surefire way to crash and burn when it comes to downpicking. As decidedly unmetal as it might seem, you want to exert as little resistance and as little effort as possible when playing. By doing that, you allow yourself more stamina and speed, which means you can keep the unrelenting chug up for longer.

Graze the pick against the string with minimum resistance. Avoid tilting the pick upwards or downwards and lock your picking hand’s thumb rather than flexing it for more control over your playing.

Oh, and thick, pointed picks are a must when it comes to downpicking. So put that Hercoflex away! A Tortex of .88 mm and upwards is your friend in this instance.

The more distance you create between your right hand and the guitar strings, the harder you’re making it for yourself when downpicking. To avoid this, make sure you have only a few millimeters of the pick sticking out from your hand – ideally as little as possible.

Also, remember that you need to keep things tight and controlled and should be picking from the wrist rather than the hand or forearm. You don’t need much distance, the motion should be very slight, and you don’t want your picking hand to be drifting away from the string.

The same thing goes for your fretting hand, as it happens. Keep them hovering over their fretboard positions at all times and don’t let them jump away from the string during those bottom E string chugs – you’re just making more work for yourself.

What are your experiences with downpicking? And what advice would you give any budding metal rhythm players out there? Share your thoughts in the comments!

END_OF_DOCUMENT_TOKEN_TO_BE_REPLACED 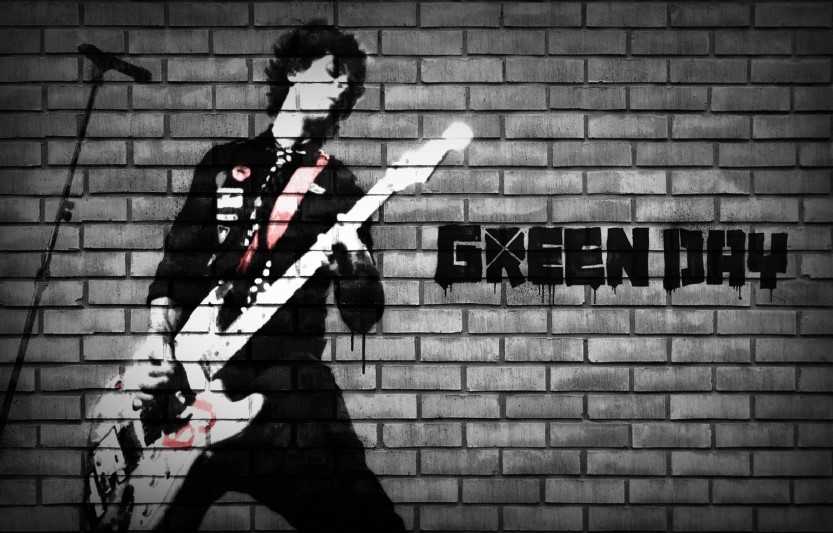 Today we’re going to learn how to play Good Riddance by Greenday on guitar. To start, let’s address the obvious: this song has a bit of a confusing name. END_OF_DOCUMENT_TOKEN_TO_BE_REPLACED

The voice of Hawaii, Israel Kamakawiwo’ole, blessed us with his cover mashup of Somewhere Over the Rainbow and What A Wonderful World. END_OF_DOCUMENT_TOKEN_TO_BE_REPLACED