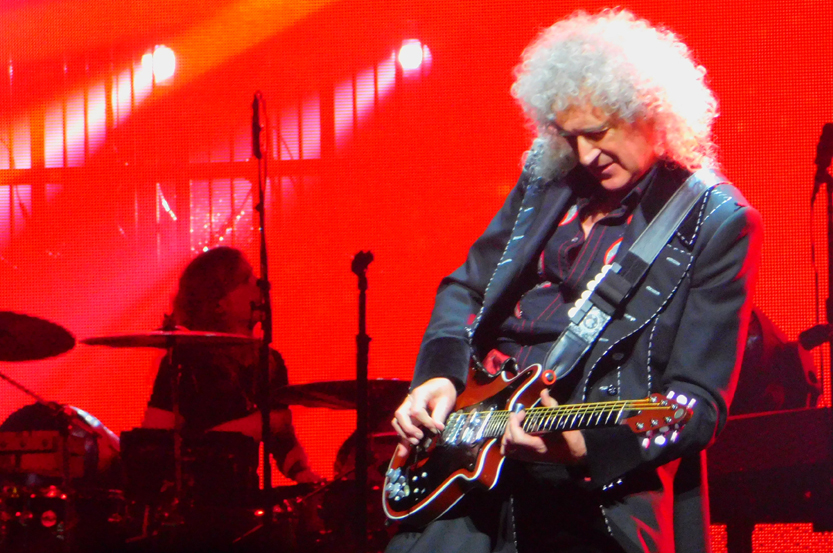 “Bohemian Rhapsody” does an excellent job of recreating Queen’s performances. As many critics have noted, Rami Malek is on point as Freddie Mercury. But, Gwilym Lee, with that Brian May signature guitar in his hand, is also the spitting image of the iconic axe man.

Bohemian Rhapsody is a great music biopic. Unsurprisingly, it’s already being tipped as an Oscars best picture contender.  But, for us guitar fanatics at Roadie, our one disappointment was that the mighty Mr. May didn’t get more screen time.

To make up for that, we’ve decided to shed some light on the legendary guitarist. Here are three awesome facts you might not have known about him.

His guitar is made from a fireplace

Brian May’s “Red Special” is an iconic instrument. It doesn’t look like any other guitar played by any other guitarist. And, in no small part, that’s because Brian and his dad built the guitar from scratch. Starting in August 1963, it took them two years. And, the majority of parts were salvaged from the scrap heap.

The neck is constructed from a “hundred-year-old-ish” fireplace mantel that friends of the family were about to throw away. Inserts in the body come from an old oak table and the tremolo system combines a hardened-steel knife-edge, two motorbike valve strings, a bicycle saddlebag holder and knitting needle tip.

May now sells replicas of the instrument though his own Brian May Guitars company. Amazingly, though, he still plays the original on stage!

He’s got a PhD in Astrophysics

Not content with being one of the greatest guitarists of all time, Brian May is also an astrophysics enthusiast. He graduated from Imperial College London with a degree in physics and started a PhD “looking at reflected light from interplanetary dust and the velocity of dust in the plane of the Solar System,” which was interrupted by the growing success of Queen.

In 2007 he finally returned to complete his doctoral thesis: “A Survey of Radial Velocities in the Zodiacal Dust Cloud.” Since then, he’s been appointed as a visiting researcher at Imperial College and co-founded an asteroid awareness campaign called Asteroid Day. He also collaborated with NASA on their New Horizons mission in 2015!

Not content with being an incredible guitarist and a bona fide astrophysicist, he’s also a badger rights activist. In 2013, May made headlines when he called for the British government to stop its planned cull of badgers in response to the suggestion that they cause Tuberculosis in cattle (according to May, this isn’t the case).

He even collaborated with internet legend Mr. Weebl to release “The Badger Song” – a mash-up of Weebl’s “Badgers” and Queen’s “Flash” – to promote the cause. Amazingly, Flash actor Brian Blessed also lent his voice to the track, changing iconic line “Gordon’s alive!” to “keep the badgers alive!.”

What’s your favorite Brian May guitar moment? And do you know any more facts about the legendary guitarist? Share your thoughts in the comments!