The notoriously resilient Lebanese. Within a single lifetime, they have been victims of civil war, foreign invasion, foreign occupancy, militia war, the assassination of leaders, the slaughter of citizens based on religion, the kidnapping of our youth.

How about more recently?

Corruption, a failing banking system, inflation beyond belief, devaluation of the currency, battling COVID-19 with an inadequate health care system. But worst of all, an explosion in the heart of Beirut that left at least 200 people dead, 5,000 injured and more than 250,000 homeless.

When I rang my neighbor to ask if he and his family were ok, his response: “We lost one relative in the explosion. Hamdillah (thank God) it wasn’t worse”. This shook me. Why do we always feel obliged to be thankful ‘it wasn’t worse’? I instead ache to see the day we are thankful because things finally got better.

Yet miraculously, although battered, broken and exhausted, the spirit of the Lebanese people always seems to seep through. Their homes have been destroyed but their talent survives. Family members have been lost but their spirit lives on. The possibility of a stable future of our youth is at risk yet many are determined to stay and rebuild.

As lovers of Beirut and music, we wanted to share the most heartwarming music moments from survivors of our beloved capital. 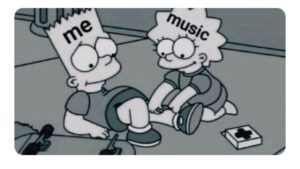 Lebanese student Chadi Haddad went to the nearby Saint George hospital in Beirut. Amidst volunteers clearing up the rubble, he started playing the hospital’s piano.

Only one week after falling victim to one of the largest non-nuclear explosions in history, Krystine Bejjani, quickly found her way back to her drum set. As Michael Franti once said, “The harder they hit us, the louder we become, kind of like the skin on a drum”.

Talia Lahoud – only 17 but an extremely talented and popular musician dedicated a heartfelt tribute to our dear Beirut.

Perhaps the most touching of all, a Grandmother plays piano in her home wrecked by the Beirut explosion. Many have likened this to the scene in Titanic where the band plays peacefully amongst the chaos of the sinking ship.

Her 1850’s house is destroyed. So she’s leaving. She doesn’t deserve this. — For everyone reaching out to me, thank you, Rose is being taken care of by her nieces and all of her family members. Thankfully, they mostly need help with moving out. In a few days, I will know if they are in need of additional help with the house, as I am in direct contact with her family. More than 300,000+ homes were affected by the explosion, and a lot of people don’t have a second home to turn to. HELP by DONATING to various trusted NGO’s through the link in my bio. THIS IS JUST ONE OF MANY CASES.

A long time resident in Beirut has her 1850’s house destroyed. She was forced to leave and is now being taken care of by her nieces.

One of Lebanon’s most famous artists, Elissa, released this song before the Beirut explosion. It was initially a tribute to all countries that have endured hardships. However, it is now relevant more than ever to her very own Motherland.

And finally, we had to give a mention to this moving tribute. It was recorded by the father of our very own Roadie Music colleague over 20 years ago. However sadly, the lyrics that mourn over beautiful Lebanon still ring true today.

With our co-founders being of Lebanese descent and a significant portion of our employees residing in Beirut itself, we are so grateful for the safety of everyone we know. Although the heartache of what has happened remains beyond comprehension.

Even before the recent devastating event that took place on August 4, many Lebanese were already struggling to put food on the table. Many of these victims on top of everything else have now lost their homes as well. For those able, you can donate here – an NGO dedicated to helping rebuild and provide to those most in need.

Turning your hobby into your profession is quite a leap. There is very little pressure in playing for fun. But for a professional guitarist, every gig is a serious matter. After all, you will be getting paid according to your abilities and the realities of the market you’re in. END_OF_DOCUMENT_TOKEN_TO_BE_REPLACED