Four Famous Songs that Use the Flat Six Chord

A flat-six chord is a great tool to spice up a chord progression. It is one of the most common non-diatonic chord choices used in popular music and beyond.

If those two sentences sound more complicated than brain surgery, worry not: it is easier than it sounds. The number six simply refers to the position of a note on any major scale. For instance, A is the sixth note of the C major scale (C, D, E, F, G, A, B). Take your time and count the notes with your fingers, I’ll wait. Now, if we have a “Flat Six” chord, we’ll end up with the sixth degree flatted, or Ab. If this still sounds too complicated, read up on harmony and you’ll understand all of this and more very quick. Without further due, here are four famous songs that used the flat-six chord.

Buddy Holly’s influence in music was immense. So it’s no surprise that “Peggy Sue” would make the list, as this song is a reference to many music legends. The song is in A, with your typical blues progression chords (A, D, E). It is all very orthodox until the appearance of the F chord (mister flat-six himself). It takes the song to another level and adds a lot of flavors. Music icons such as Ron Wood, Paul McCartney, and Graham Nash were influenced by “Peggy Sue”.

“More Than A Feeling” by Boston

This timeless power ballad was written by Tom Scholtz, founding member (and only current original member) of the legendary band Boston. It was “More Than A Feeling” that took Boston to the top of the charts for the first time ever. The flat-six chord is used very cleverly here. It’s placed in the emotional peak of the song. In this case, it’s a Eb at the end of the line “I see my Marianne walk away”. The song is on the key of G and the presence of the flat-six chords has a gigantic effect on the effectiveness of the arrangement as well.

Many of you probably can’t get enough of this (no pun intended). Written by J.J. Cale over forty years ago, “Cocaine” is a staple of Rock n’ Roll to this day. And in this case, the use of the flat six chord is present in the chorus. The progression is E, D, C, B. “Cocaine” is in the key of E, and the C chord is that flat-six degree that adds a special something. And that is precisely the charm of this chord: it sounds fresh and new, but still fits perfectly when used cautiously and in moderation. Just like with “Cocaine” (no, no pun intended, I promise).

“I Saw Her Standing There” by The Beatles

When it comes to songwriting, the Beatles are unparalleled. This one was written by the greatest songwriting duo ever: Paul McCartney and John Lennon. Here, the flat-six chord comes as a C. We are in the key of E major, and the C provides great forward motion as well as a point of inflection for the chorus. Much like “Peggy Sue”, “I Saw Her Standing There” uses rather basic chords. The flat-six makes both of these songs stand out with that very unique flavor that the chord provides.

The flat-six chord is truly a magnificent way to add a je-ne-se-quais to your songs. It can work even in traditional situations. It is great to break away from chord progressions that might start sounding dull after a while. When used cleverly it can mark that special moment of a song. Or it can just give it an above-normal forward motion. Those are not minor words. Feel free to leave us a comment. 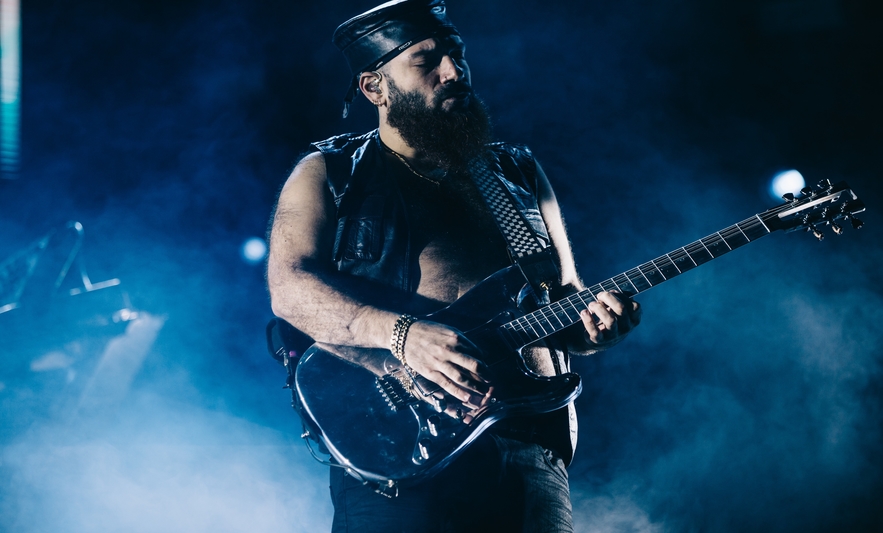 Downpicking exercises are a must for many guitarists. Do you play metal? Better start working on that downpicking today. Do you like Rock? You will definitely be downpicking a while. Do you ever play power chords?

END_OF_DOCUMENT_TOKEN_TO_BE_REPLACED

Joe Pass is one of the most influential jazz guitarists ever. His playing style has influenced countless generations of jazz musicians. END_OF_DOCUMENT_TOKEN_TO_BE_REPLACED

Recent discussion at tendermeets revolved around how romance inspires music and creativity for artists of all kinds.

END_OF_DOCUMENT_TOKEN_TO_BE_REPLACED

Ah, good ol’ distortion lines! As someone once said: “There’s no such thing as too much distortion”, and I couldn’t agree more. END_OF_DOCUMENT_TOKEN_TO_BE_REPLACED

Is Lo-Fi the Smooth Jazz of the New Generation?

END_OF_DOCUMENT_TOKEN_TO_BE_REPLACED

Nothing can make us travel back in time like music. We all remember those special songs that we heard in special moments. Songs and albums that touched our lives uniquely.

END_OF_DOCUMENT_TOKEN_TO_BE_REPLACED

Some might say country music has a way of telling stories, unlike any other genre. And once you get past trucks, football, and bourbon references, you can truly hear it.