The Right Way to Jam with Other Musicians 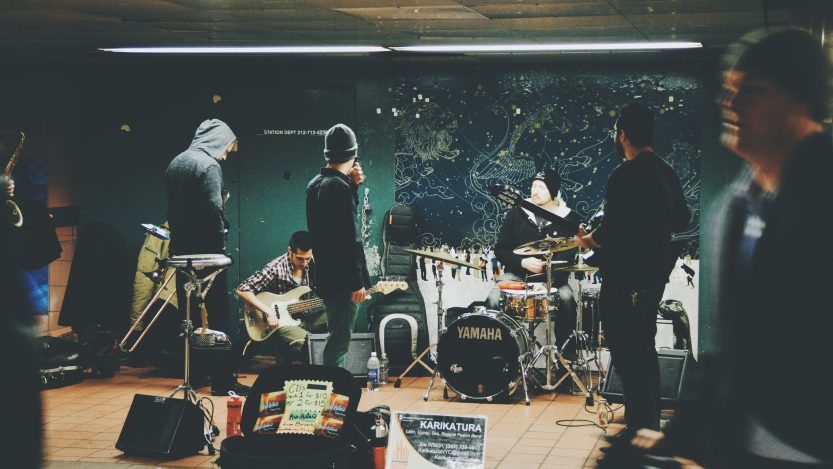 We’ve talked before in this blog about how jamming with other musicians is an amazing way to fast-track learning the guitar.

But, before you start spamming those musicians wanted forums in a quest to teach yourself the guitar better, you’ve got to understand that there’s a right way and a wrong way to jam with other musicians.

Some of this stuff is a question of etiquette. Other things come down to good playing practices. It’s all important though, and keeping this in mind is what separates a good jamming session from a train wreck.

There’s nothing worse than jamming with another guitarist, only to find that you’re both fighting to be heard. Chords, licks, and solos are hammered out with such unrelenting intensity that the whole thing turns to sonic mush.

Remember that a great jam comes from working in harmony with the other guitarist. It’s about the sound as a whole, rather than getting your playing to the top of the pile.

Pay attention to what the other musician is doing and react to it. If they’re playing a subtle lead, start palm muting your chords to give it some room. Don’t carry on with what you’re doing undeterred; learn to react to the other musicians around you and adapt your playing to suit the mood of the jam.

Dynamics are a key to great guitar playing whether you’re on your own or in a group. But, when other players are thrown into the mix, they matter even more.

…And by that, we mean both verbal and musical communication.

Watch a great band on stage – one known for their improvisational qualities – and notice how the musicians interact with one another. They don’t just stand there shoe-gazing. They’re making eye contact, gesticulating, and giving signifiers for the direction the music should take.

Learning to read those signifiers is really important for a couple of reasons.

Firstly, adapting your playing to suit the needs of a performance is an incredible skill.

Secondly, good communication makes the jam session more satisfying for everyone involved. There’s nothing worse than feeling like the odd one out during a rehearsal – like other musicians in the band are pulling in a different direction to you. It’s disheartening and makes you want to walk away.

Learning good musical communication skills takes time, but it’s worth putting the effort in. Even if those organic nods, gestures and eye-contact cues don’t work straight away, gold old fashioned talking about what you want to do between songs will make for a more satisfying session.

It’s Not a P—ing Contest!

Jamming should never be about showboating! You’re working with other musicians, not trying to prove that you’re the best, most talented musician.

Widdling over everything with endless lead shred is a surefire way to ruin a jam. Once again, ensemble playing as about the sum of its parts, not the parts themselves.

That’s not to say that you don’t get your spot to shine, just that it isn’t all about you.

What are your experiences with jamming with other musicians like? And how do you get the most out of your rehearsal sessions? Let us know in the comments.