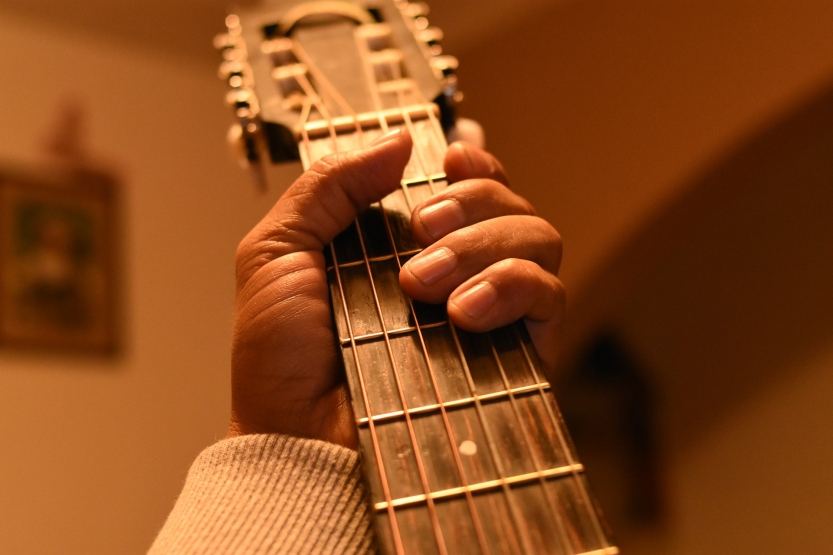 Music is incredibly subjective, so making a list of the 5 most difficult guitar songs is no easy feat. It’s also not made easier by the fact that guitarists are known to have incredibly big egos (which makes up 76% of their cranial mass on average, according to Uncyclopedia), so no matter which songs I pick for this article it’s bound to step on someone’s toes.

But this article isn’t about toes. It’s about fingers. The magic fingers of incredible guitarists, to be more precise. Is this a list of the best guitar solos ever? I don’t know. Will you need to take guitar lessons to play them? Definitely.

Let’s start off with Joe Satriani, AKA “Satch Boogie”, AKA one of the best guitarists ever. Not only does this tune take the prize for most innovative song title of this article, but it’s also one of the most technically difficult songs he’s composed – according to the man himself. Satch explained in an interview that he was in an “altered state” when he came up with it, so that would definitely explain the title.

John Petrucci is another guitar hero who’s managed to pull off one incredible stunt after another. It’s no joke then that the man himself picked out “Damage Control” as his most difficult song to play live. From complex riffs and guitar scales to time signature changes, this one has it all. The title, of course, came from Petrucci feeling like he was doing damage control every time he had to play it live.

Ah, Steve Vai. The man every guitarist drools over. Picking his most difficult song was difficult; but “Juice” has some fast bogie and pinch harmonics that are pretty darn impressive. It also features one of the best guitar solos according to my guitarist (but I don’t listen to him due to his ego – see above). An indication this tune deserves a place on the list is that it ends with Devin Townsend (an ex-band member of Vai’s) saying ‘Shut up – we know you can play!’

A milestone in modern rock music, “Eruption” is one of those tunes that are just unfair in its awesomeness. What’s even more unfair is that it was pretty much made up on the spot, wasn’t meant to be on the Van Halen record, and wasn’t even played properly – which still annoys the perfectionist creator to this day.

I’ve saved this one for last because it’s very different from the other four. Animals as Leaders mix progressive metal and jazz, which is unique in and of itself. For no particular reason, other than they are boys with each other, the song is dedicated to Johnny Davy and the band A Life Once Lost. SPOILER: You’re not going to learn how to play this song.

If you want to have the perfect aid for your guitar learning journey, check out Roadie Coach. This fantastic tool can track your progress in several ways and help you get better on the guitar. It features a high-quality recorder where you can record yourself for immediate feedback. Additionally, Coach comes with a library of songs that you can also add to your repertoire later.

Do you agree with our 5 most difficult guitar songs list? Let us know what you think in the comment section below!