Strange Strings From Around the World 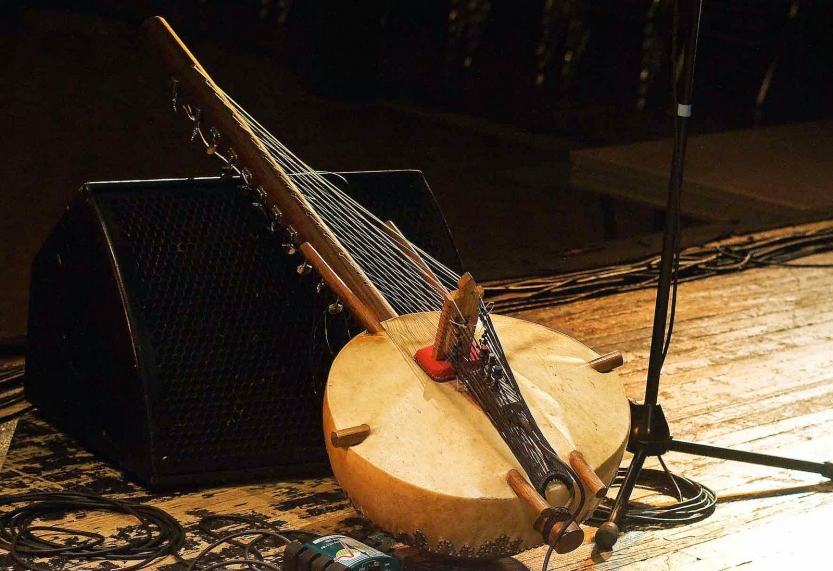 of course the precursors for our modern-day guitars, but before people arrived at something they could rock out with, their innovative ideas took many strange turns. Let’s have a look at what each continent came up with…

The Welsh, known as much for their affinity for consonants as they are for their aversion to vowels, came up with this instrument. And that name. For those of us who are not well-versed in Gaelic, it’s known as a “crowd”. The earliest depictions of this instrument are from the 11th century, and back then it was the second most popular instrument after the harp. This is likely due to the fact that Wales at that time was mainly populated by cherubs (don’t quote me on that).

Would you look at that? A peacock with strings. It’s actually a long-necked lute (derived from the esraj) attached to a peacock figurine, and it was popular in Indian courts during the 19th century. There are a few reasons for that. The first one is that the peacock (‘Mayuri’, in Hindi) is a symbol of India. Another one is that peacocks are associated with Saraswati, the goddess of music. Finally, peacocks are (you guessed it) associated with courtship – so grab your peacock and get ready to woo that special someone!

Think six strings is too few? Try 21 of them. You’ll need two hands, 11 strings for the left and 10 for the right. The African kora is a hybrid between a lute and a harp, developed in the 14th century. Traditional kora players were called ‘Jali’, which is a bard spreading oral traditions. The kora is also featured in Senegal’s national anthem Pincez Tous vos Koras, Frappez les Balafons, but isn’t limited to Senegal alone: it’s widely played across West Africa. (Oh how we would love to tune this bad boy with a Roadie!)

Hailing from Indonesia, the sasando is made from bamboo and palmyra leaves, and beats the kora by at least seven strings. Actually, it goes all the way up to 56 strings; so you might want to invite a couple of friends over in case you want to jam. Legend has it that  a boy named Sangguana invented this instrument. Apparently; he fell asleep underneath a palmyra tree and  a beautiful sound woke him from his dream. Kind of like an Indonesian Isaac Newton.

Another member of the lute family is the charango, originating from the Quechua and Aymara populations in South America. Derived from the stringed instruments introduced to them via Spanish colonisers, it can today be found throughout the continent; from Eucador to Argentina. Its small size makes it a particularly handy choice for mini mariachis, so if you weren’t sold on any of the ukuleles I’ve written about – this one’s for you.

Only in America. For Brooklynite R. E. Bates, the guitar was nice, but not loud enough. There were no guitar amps back in 1918, so he decided to create this Franken-instrument in order to project his tunes far and wide. The end result, according to the man himself; “combines the simple chromatic scale of the guitar with the peculiarly beautiful tones of the harp.”

Enjoyed Strange Strings From Around the World? Share your thoughts in the comments below!