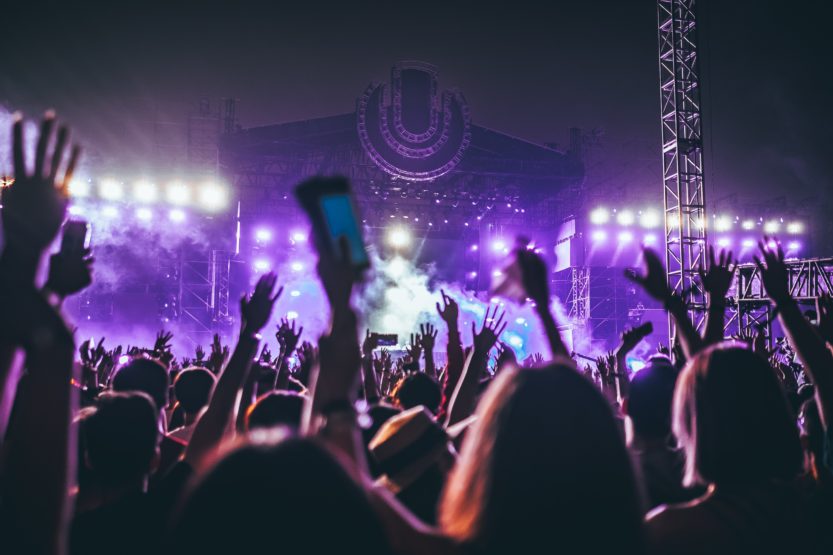 Picking the greatest musical moments in guitar history is almost impossible. Where do you even start? With the invention of the guitar? How can you tell which moment is more important than the other? While that’s all up for debate, we somehow managed to pick our favorite guitar moments since…

Les Paul recorded “Lover” in his garage, DIY-style. However, the record was far from amateurish, it was groundbreaking. Whoever heard Paul’s combination of echo, delay, and layering, among other innovative techniques, was mind-blown.

As soon as the studio engineer heard Mr. Berry’s first riff that fateful day in May, they knew a revolution was coming. On this track, Chuck Berry set a template for future rock guitarists.

We could’ve put the legendary “Woodstock Music & Art Fair” festival as whole here and it wouldn’t be out of place. However, when it comes to guitars, Jimi’s rendition of the US anthem fits here perfectly. Hendrix’s playing didn’t only define Woodstock but the entire decade.

The 1970s: “Black Sabbath” is Released (Heavy Metal is Born)

Although we’ve seen proto-metal bands before Sabbath, they were all ordinary blues bands compared to Ozzy and co. Tony Iommi’s sinister playing set the tone – no pun intended – for every other metal guitarist post-1970.

Some would argue that Malmsteen’s big moment came about when he got featured in the Guitar Magazine’s “Spotlight” column. However, his debut album is what made him a legend. His playing on “Far Beyond the Sun” motivated thousands of kids in the 1980s to pick up guitars and start shredding.

With glam rock and hair metal dominating the charts through the 1980s, the decade left something to be desired if you were a metalhead. All of that changed in September of 1991 when Nirvana released “Nevermind” and unleashed grunge onto the masses.

Hard sounds and raw playing was something mainstream music was missing at the turn of the century. That all changed when White Stripes hit the scene. Jack White’s uncompromising playing and the band’s overall primal sound shocked the mainstream and kept rock alive during those years.

The 2010s: The Big Four Goes on a Tour (Keeps Metal’s Legacy Alive)

At the dawn of the last decade, thrash metal’s “Big Four” – which consists of Slayer, Anthrax, Megadeth, and Metallica – performed for the first time together. The bands played at the Sonisphere Festival in Poland in June 2010. They continued to tour the rest of the year and released a DVD the following year.

We hope you enjoyed our picks for the greatest music moments in guitar history. And if you’re not done reminiscing check out our article on 5 Guitarists Who Made Rock History.

Do you agree with everything we included on the list? Do you feel we missed a few crucial moments? Share your thoughts with the rest of us in the comment section below.

It takes a special musician to do hard guitar songs covers. On one hand, these challenging guitar song covers can represent the pinnacle of technique, END_OF_DOCUMENT_TOKEN_TO_BE_REPLACED

These six best metal versions of classic Christmas songs will surely make an impact at your party. END_OF_DOCUMENT_TOKEN_TO_BE_REPLACED

The six best guitar solos of 2020 present a who’s who of top guitar players today. Luckily for all of us, it seems like many of the biggest names in guitar used the time in quarantine to produce top notch material. END_OF_DOCUMENT_TOKEN_TO_BE_REPLACED

The seven best guitar apps of 2020 will be of great use for most guitarists. Even though we faced unparalleled challenges this year, creators did their thing and provided value in 2020. END_OF_DOCUMENT_TOKEN_TO_BE_REPLACED

Shopping for Christmas gifts for guitarists? You’ve come to the right place! Despite all the challenges 2020 has bestowed upon us, there is still reason to celebrate. END_OF_DOCUMENT_TOKEN_TO_BE_REPLACED

The five best websites for guitar tabs are a great resource. They contain thousands of songs, killer riffs, burning solos, and more. END_OF_DOCUMENT_TOKEN_TO_BE_REPLACED

Great female fingerstyle guitarists are on the rise. However, guitar playing is a field dominated by men. END_OF_DOCUMENT_TOKEN_TO_BE_REPLACED