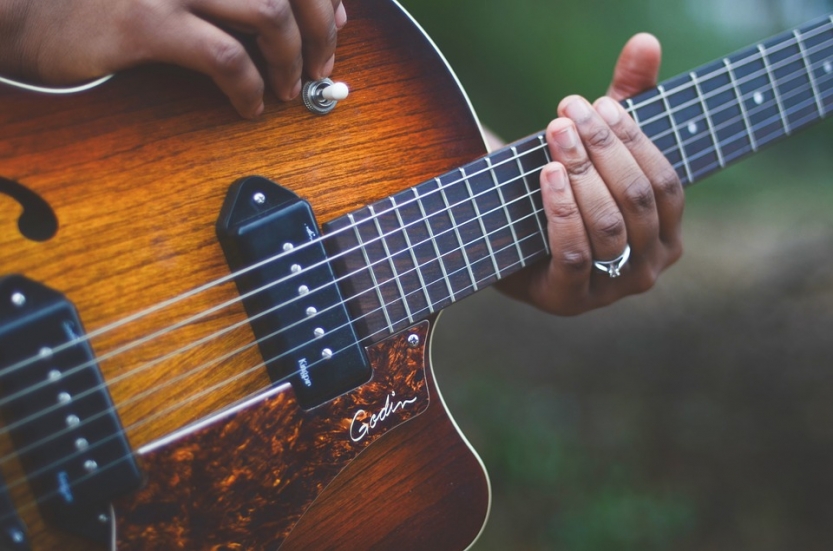 Even though genres like jazz and rock have been around for donkey’s years, they are still the children of the blues genre. Why did blues originate so early and inspire so many? Because life was rough back in the late 19th century and people didn’t have social media to vent their frustrations on. They didn’t even have Internet. Or computers. They just had the blues. And whiskey. The silver lining here is that great tunes came out of all the sadness and solitude, and we’re going to have a look at five of the most Innovative Blues Guitarists

Let’s just take a moment to appreciate the name ‘Blind Lemon’. The ‘Father of the Texas Blues’ was actually blind and his name was actually Lemon. Although his record sold well, he did not have as much influence on his contemporaries as he should have had. This was because he, unlike the commercial artists of the day, actually played some intricate riffs that were hard to imitate. Blind Lemon would eventually go on to be covered by the likes of Bob Dylan and The Beatles. Check out ‘Black Snake Moan’:

Think you don’t know Lead Belly? Think again. If you have ever heard ‘The House of the Rising Sun’ or ‘Midnight Special’, the songwriting credit trail will eventually lead you to Lead Belly. He is the ‘King of the 12-String’, and got himself a well-deserved spot in the Rock and Roll Hall of Fame. Not only was he proficient with the violin, piano, harmonica and mandolin, but he could write about anything from cattle herding to prison life. Check out ‘Where Did You Sleep Last Night’:

The ‘Father of Delta Blues’ is considered to be one of the most influential musicians of the twentieth century, and is definitely one of the most influential blues guitarists of all time. His playing has inspired the likes of Howlin’ Wolf, John Lee Hooker and Robert Johnson. More importantly, he was the innovator of that really cool rock’n’roll thing where you play the guitar behind your head to woo the audience. Listen to ‘Rattlesnake Blues’:

If you’re into more mid-tempo blues, then Junior Kimbrough might be for you. Most people who’ve reviewed his music describe his style of playing as ‘hypnotic’. How can you also achieve this? Listen to the droning bass strings, the syncopated midrange melodies and his modal solos. There’s a lot of hidden gems (and a lot to learn) in his seemingly repetitive tracks. As an example, check out ‘Lord, Have Mercy On Me’:

Clarence Brown AKA Gatemouth is on the list, although he would prefer not to be boxed into the blues genre. He could easily draw on other genres, including country, jazz, Cajun music, R&B, rock and roll, rock music, folk music, electric blues, and Texas blues. In other words, anything that involves a guitar. Or a violin. Did I mention he is also a hugely influential blues fiddle player? To get an idea of this multi-instrumentalist genius, listen to ‘Pressure Cooker’:

What do you think of our list of the 5 most Innovative Blues Guitarists? Share your thoughts in the comments below!

END_OF_DOCUMENT_TOKEN_TO_BE_REPLACED

John Lennon was one of the most beloved songwriters of his generation and was taken from us way too soon. END_OF_DOCUMENT_TOKEN_TO_BE_REPLACED

It is quite hard to pick the best 8 Willie Nelson songs. He is such a prolific writer and has written a myriad of great songs over his long career. END_OF_DOCUMENT_TOKEN_TO_BE_REPLACED

These four interesting facts about sting give us some insight into the life of this celebrated musician. END_OF_DOCUMENT_TOKEN_TO_BE_REPLACED

These five interesting facts about Van Halen partly reveal a musician that was quite extraordinary. END_OF_DOCUMENT_TOKEN_TO_BE_REPLACED

These five facts about jazz guitar legend Pat Metheny are quite impressive. They will shed some light on how a guitar prodigy from a small town in Missouri became the most successful and beloved jazz musician of his generation. END_OF_DOCUMENT_TOKEN_TO_BE_REPLACED

You know the saying: “Give people their flowers while they can smell them” so, in this post, we’re going to look through some of the greatest jazz guitarists playing today… END_OF_DOCUMENT_TOKEN_TO_BE_REPLACED

These 6 underrated guitar solos you should know are all statements of great musicality and taste. Naturally, not everything an artist releases becomes widely popular even when it deserves it, and the examples below prove it.  END_OF_DOCUMENT_TOKEN_TO_BE_REPLACED

The 6 famous songs that use dominant 7th chords have a special quality to them. A big chunk of that particular flavor is thanks to the use of dominant chords. END_OF_DOCUMENT_TOKEN_TO_BE_REPLACED

These 5 facts about Guns N’ Roses can help us understand why they became one of the biggest rock bands ever. END_OF_DOCUMENT_TOKEN_TO_BE_REPLACED

These 7 facts about Jimi Hendrix partially show why he is such a massive influence on guitar players. They also reveal a very unique career that is impossible to be duplicated. END_OF_DOCUMENT_TOKEN_TO_BE_REPLACED

This guide to understanding the types of electric guitars will shed light on a topic that can be confusing for many. END_OF_DOCUMENT_TOKEN_TO_BE_REPLACED