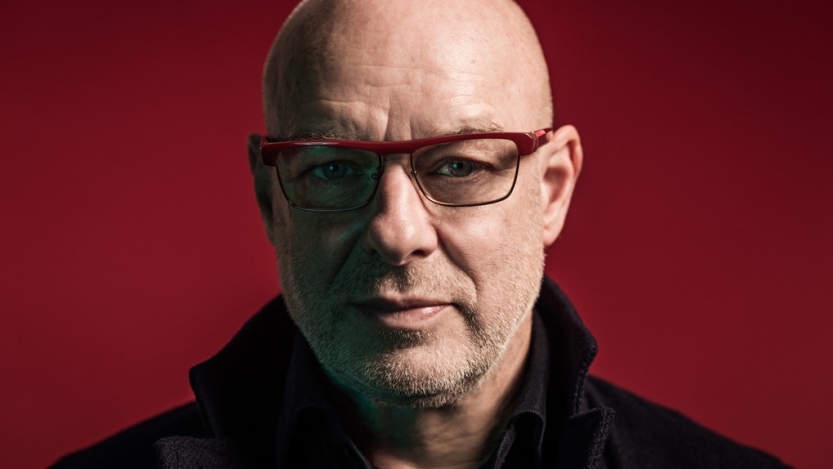 Brian Eno may very well be the best ambient music creator of our time. At the very least, he stands very tall among the greats. You’ll basically find Eno’s name on every list relating to ambient music. For many, he is the undisputed king of ambient. He’s released dozens of albums focusing on many different genres and has collaborated with numerous talented artists, including Robert Fripp, David Bowie, John Cale, Cluster, Harold Budd, David Byrne, Harmonia, and the list goes on.

The thing about Eno’s ambient work is that it’s all so otherworldly beautiful, it’s sometimes incapable of describing, or better yet, rating. Much of Eno’s work was way ahead of its time, and for that fact it kind of remained genre-less when released. Whatever words you want to use to describe how Eno’s music makes you feel, the one thing that is common across all his brilliant ambient creations is that they take you on a journey; a trip to faraway places where the mind becomes empty; a voyage to space where you feel like you’re floating. It is the best instrumental music for chilling out and unwinding…Sounds of pure relaxation to hypnotize you to a pleasant, ambient state of mind.

From the album Apollo: Atmospheres and Soundtracks, An Ending is easily one of Eno’s most epic songs. Eno has created a song that has the capacity to make us feel like we’re roaming through space. The album was originally recorded for a documentary called “Apollo,” so all the songs have themes surrounding space, which seems apparent, due to Eno’s ability to musically convey feelings and places.

Thursday Afternoon is Eno’s 11th studio album. This is the only track on the album – a magical 60-minute composition. The beat-less song seems to flow along perfectly, putting the listener in a deep, claiming state. The song features simple chords and notes played on an acoustic piano to a background of ambient synths. An album you can put on at an time and play over and over, allowing it to accompany your daily doings.

From the album Ambient 1: Music for Airports, 2/2 is the last of four songs on the album. Arguably Eno’s most famous ambient album, Music for Airports was created to be played as a sound installation at airports in hopes of making the often-tense atmosphere more relaxed. Music for Airports is commonly ranked as one of the best ambient albums of all time. 2/2 is a stunning song – it instantly instills in the listener a feeling of pure bliss; a message that everything will be okay.

4. A Stream With Bright Fish (with Harold Budd)

Many of Eno’s masterpieces feature a piano playing spacey, soothing, sometimes eerie notes. Harold Budd and Eno have collaborated on two full-length albums, resulting in many timeless songs. From the album The Pearl, A Stream With Bright Fish is a deep piano piece, whose spacey notes echo into your core.

If you’re a Brian Eno fan, which of Brian Eno’s Greatest Ambient Masterpieces is your favorite?

END_OF_DOCUMENT_TOKEN_TO_BE_REPLACED

John Lennon was one of the most beloved songwriters of his generation and was taken from us way too soon. END_OF_DOCUMENT_TOKEN_TO_BE_REPLACED

It is quite hard to pick the best 8 Willie Nelson songs. He is such a prolific writer and has written a myriad of great songs over his long career. END_OF_DOCUMENT_TOKEN_TO_BE_REPLACED

These four interesting facts about sting give us some insight into the life of this celebrated musician. END_OF_DOCUMENT_TOKEN_TO_BE_REPLACED

These five interesting facts about Van Halen partly reveal a musician that was quite extraordinary. END_OF_DOCUMENT_TOKEN_TO_BE_REPLACED

These five facts about jazz guitar legend Pat Metheny are quite impressive. They will shed some light on how a guitar prodigy from a small town in Missouri became the most successful and beloved jazz musician of his generation. END_OF_DOCUMENT_TOKEN_TO_BE_REPLACED

You know the saying: “Give people their flowers while they can smell them” so, in this post, we’re going to look through some of the greatest jazz guitarists playing today… END_OF_DOCUMENT_TOKEN_TO_BE_REPLACED

These 6 underrated guitar solos you should know are all statements of great musicality and taste. Naturally, not everything an artist releases becomes widely popular even when it deserves it, and the examples below prove it.  END_OF_DOCUMENT_TOKEN_TO_BE_REPLACED

To show our appreciation of your love and loyalty to our products, and to give a little something back to you, we created END_OF_DOCUMENT_TOKEN_TO_BE_REPLACED